The facility will produce lentiviral vector for the company’s investigational gene and cell therapies – including bb2121 and bb21217 – for the treatment of multiple myeloma and potentially LentiGlobin for the treatment of transfusion-dependent β-thalassemia (TDT) and sickle cell disease.

bluebird bio purchased the facility in November 2017. Once completed, the company will have invested more than $80 million building a world class site equipped with multiple manufacturing suites capable of producing lentiviral vector (LVV).

Initially, bluebird bio expects the facility to produce clinical and commercial supply of lentiviral vector, which is a critical component of the company’s gene and cell therapies.

The facility is large enough to accommodate significant future expansion, including the possibility of manufacturing commercial drug product. 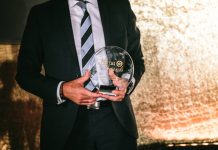