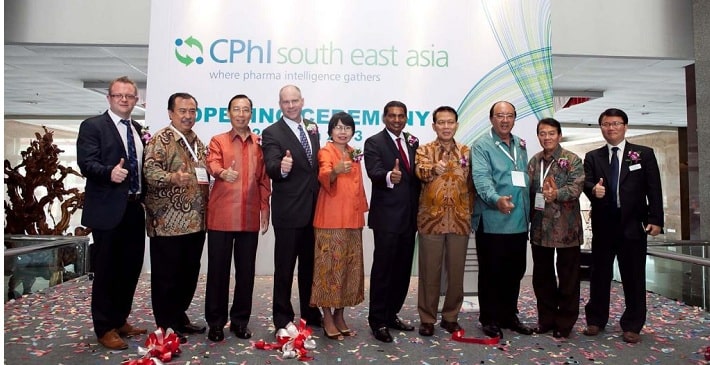 Thailand and Indonesia have the largest near-term generics export potential as regional executives come out in favour of an ASEAN-wide track and trace scheme.

So says CPhI’s ‘ASEAN Pharma 2020 Report’ which have been released ahead of next month’s CPhI Southeast Asia event and summarise the opportunities and threats across major pharma markets in the region.

Macroeconomic and demographic similarities were seen across several major economies – Thailand, Indonesia, and Vietnam – with domestically driven markets that are now potentially ripe for higher growth in exports (especially those of finished dose generics).

The changing opportunities are attributed to rising GMP standards and increased regional harmonization.

However, the report also points to a potential survival of the fittest amongst the local manufactures, with several acquisitions likely, as companies employ economies of scale to expand.

This latter finding is particularly significant for CPhI South East attendees, highlighting the importance of meeting and working with the right partners in the region.

“The opportunities in Southeast Asia are now accelerating quickly, and with so much change it is essential companies act now to build the right network, with the right partners and have access to the latest information,” said  Silvia Forroova, Brand Director at Informa Markets.

In fact, nearly all regional respondents stated they were looking to work with international partners in the year ahead. Of these, the most popular reasons for partnering were to help ‘increase the company’s knowledge base’ (67%), and ‘to help launch products from outside the region’ (65%).

Similarly, of the international executives from outside the region surveyed, 88% of respondents had a willingness to work or invest within the region in the next three years. Growth strategies identified for the next 1-3 years include a surprising 29% who are looking to ‘invest in a new facility’, 41% ‘partner with a local manufacturer’, ‘use a distributor’ (23%) and ‘import directly’ (7%).

Perhaps, the single most surprising finding – and unanimous amongst executives – was the call for the introduction of a track-and-trace style scheme to combat drug counterfeiting, with a remarkable 93% of respondents in favour.

Indonesia has been amongst to the first to move with its serialisation scheme expected to be rolled out between 2020 and 2025, and Singapore is exploring GS1 2D barcodes, but the report suggests other markets and developments should follow quickly in the near future.

“What we are also seeing is that new segments are quickly identifying Southeast Asia as a growth opportunity,” said Forroova.

“For example, in response to industry changes, we introduced a natural extracts and herbal-based medicines (NEX) zone at the event this year.

“But more widely contract services demand is growing extremely quickly, as is the demand for greater content on ‘how to launch new products in the region’ and we have designed much of the event’s agenda to aid the regional-international partnerships that are proliferating.”