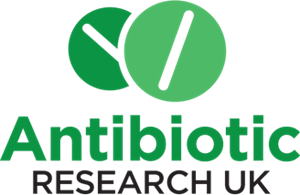 The annual lecture was delivered by Professor Kevin Outterson, Executive Director of Combating Antibiotic-Resistant Bacteria Biopharmaceutical Accelerator (CARB-X), who called for a transformation of global funding to stimulate the development of the next generation of antibiotic treatments. Other speakers on this vital topic included Kevin Hollinrake, MP for Thirsk and Malton, Professor Colin Garner, CEO of ANTRUK, as well as patient ambassadors and other members of the ANTRUK team.

Professor Outterson explained that countless people owe their lives to antibiotics with much of modern medicine relying on them, from surgery to cancer treatment. In fact, infections are the second largest cause of death for people with cancer1. But as more and more bacteria develop resistance to our existing antibiotics, this dependence is under threat, and antibiotic resistance is predicted to cause 10 million deaths per year by 20502. It is therefore essential that we protect existing antibiotics and develop new innovative treatments.

Professor Outterson advocated for a subscription-based reimbursement approach and congratulated the UK government on being the first in the world to set up a pilot reimbursement scheme. This works by paying pharmaceutical companies an annual fee independent of antibiotic sales. This model provides the required funding incentive for organisations to invest in new antibiotic research and removes the pressure to sell large quantities of the new drugs, as the same fee is received no matter how much of each drug is used. Outterson then emphasised the need for all countries to take a similar approach to the UK, as this is a global challenge.

MP Kevin Hollinrake acknowledged that the UK is leading the way on antibiotic preparedness globally, but that it is still not a high enough priority on the political agenda. “Parliament is largely blind about this – that’s the reality. It is a massive issue and that’s something we have to address. […] We’re not going anywhere fast enough, far enough or soon enough.”

“Antibiotic resistance is a test for civilisation, similar to climate change,” commented Professor Outterson. “We need to look at antibiotic resistance similar to how we look at fire and be prepared. You wouldn’t want the fire brigade to wait until after they’ve been paid to save you, you’d want to pay them every month for their services in advance so that they are there when you need them!”

Professor Colin Garner, CEO of ANTRUK, said, “The annual lecture is a fantastic opportunity to gather influential industry leaders, members of parliament, patients and our committed supporters to discuss proactive solutions that we can all make in order to reach our goal of a world free from deaths caused by drug-resistant infections. It was really great to be able to meet in person once again, and I would like to thank all of our speakers and attendees, as well as our sponsor Pfizer for making the event such a success.”