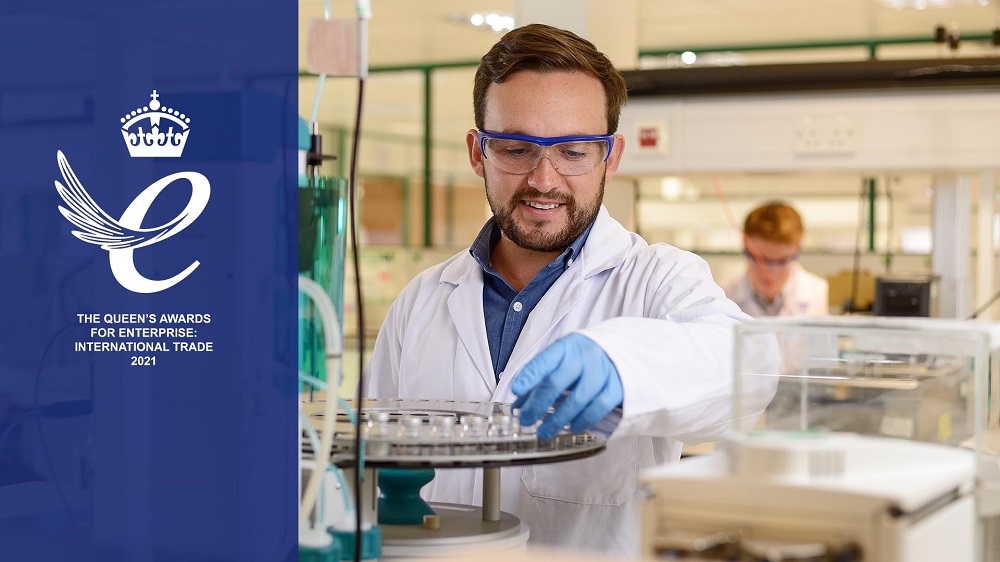 Quay Pharmaceutical has been honoured with a Queen’s Award for Enterprise, the UK’s highest accolade for business success, for International Trade.

The pharmaceutical contract development and manufacturing organisation (CDMO) has been recognised for the continuing strength of its export sales which, since 2010, have always been over 55% of its business.

In the last three years, overseas sales have more than doubled, with the company enjoying particular success in the United States, where it has now opened a dedicated sales office and development and manufacturing facility.

Other new markets where Quay has started working during this time include Belgium, Denmark, Germany, Spain, Iceland, South Korea and Australia.

“We are thrilled at this honour, which is a tribute to the expertise and hard work of the entire Quay team,” commented Quay CEO Maireadh Pedersen.

“As a business, we are known and respected for forging our own path, with the extensive knowledge and skills of our employees helping to provide unparalleled service and value to the fast-changing priorities of our customers as they move new innovative therapies into clinic.

“These abilities have been all the more critical in enabling us to maintain our growth despite the challenges brought about by Brexit and the current COVID-19 pandemic.”

One of the major reasons for Quay’s continued success in recent years has been its pioneering work in live biotherapeutics, which focus on the use of microbes to illicit a pharmaceutical response, specifically targeted at the immune system.

Quay was the first globally licensed CDMO able to support this exciting new field of pharmaceutical therapies, which might result in a paradigm shift in the way diseases are treated.

The company has continued to invest to support its ongoing expansion. As well as the establishment of its US operation, this has included the opening of a second 22,500 sq ft laboratory and office facility, close to its UK headquarters in Deeside Industrial Park, alongside the creation of specialised manufacturing spaces and the purchase of specialist equipment to support and expand its range of services.

“This is an exciting time for pharmaceutical outsourcing, and we are ensuring that we will be able to maximise the many opportunities that will present themselves in the coming years,” said Maireadh Pedersen.